Skip to content
Home Technology The Benefits of Industrial PoE

PoE (Power over Ethernet) was developed almost 20 years ago when the Institute of Electrical and Electronics Institute (IEEE) ratified the first standard (known as IEEE 802.3af) in 2003. This standard (called PoE ) provides a maximum of 15.4 watts (W) of electrical power over a single twisted pair Ethernet cable. Over the years, the IEEE has ratified two more “flavors” of PoE: IEEE 802.3at (which supplies power up to 30W) and IEEE 802.3bt (which supplies up to 100W of power).

As this elegant technology provides both power and data over a single Ethernet cable, it has become a clear power solution for multiple applications in the traditional workplace. It is now expanding to harsh environments such as the factory floor.

What does “harsh” mean?

Today, there are no technical reasons why PoE cannot be used in rugged industrial sites.

But, what do we mean when we talk about “harsh” or “rugged” environments?

Harsh (or rugged) settings are often characterized as places where there are extremely high or low ambient temperatures, exposure to things like chemicals, flux, or weld splatter, or total or partial exposure to the elements. Rugged environments are found in the following industries:

Why does the use of PoE make sense in industrial environments?

According to Fixr, Inc.:

The national average cost of CAT-6 installation is $2,000 to $5,000, with most people paying about $3,800 for 2,000 feet of CAT-6 cable and eight drops professionally installed. At the lower end of the price range, you may spend as little as $200 on installing a single drop that is less than 100 feet in length with mid-range materials. At the high end, some people pay as much as $10,000 for 5,000 feet of premium CAT-6 cable installation with ten drops, network modems, routers, and hardware.

At these prices, PoE’s ability to run one cable for both power and data transmission results in significant savings. In addition, PoE does not require the services of an expensive electrician to install.

PoE’s principal feature is its flexibility:

PoE is reliable for several reasons. First of all, PoE is simply a new take on Ethernet, which is a thoroughly vetted technology. Any company IT team will be able to install and troubleshoot it. In addition, PoE is a wired technology that delivers limited interference along with augmented security features.

PoE is a safe power solution.

IEEE standards dictate that PoE is injected into a cable at a voltage between 44V  and 57V DC. Safety extra-low voltage (SELV) is a term used to delineate a voltage that is so low that there is little danger of an electric shock due to touching a current. It is generally accepted that anything less than 60V DC (and 35V AC) is SELV. So, at a max of 57V DC, PoE-enabled ports are inherently safe.

In addition, PoE has a protocol that further reduces the chance of electric shock and also protects the network devices themselves. With PoE, the power sourcing equipment (PSE) must experience a “handshake” with the powered device (PD) before any power is delivered. No handshake—no power.

What are the most common industrial PoE applications?

Industrial environments are typically characterized as needing large data transfers and flexible power distribution. PoE is an excellent solution for these needs and others. Current PoE industrial applications include things like optical sensors, level management devices, and complex human-machine interfaces (HMIs). In addition, due to the wide availability of high PoE (IEEE 802.3at/bt) and reduced power demand of devices, PoE is seeing a more extensive integration of high-bandwidth security applications. Some of the most common industrial PoE applications are:

PoE+ and PoE++ have the following enhancing features:

Bottom Line: There is much to appreciate about a technology that provides economical, flexible, reliable, and safe solutions, all packaged in inherently rugged casings.  And it is easy to understand why industrial PoE is on track to becoming a preferred solution for industries dealing with the challenges of harsh environments. 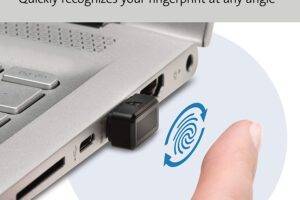 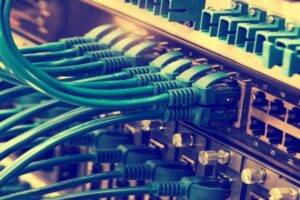 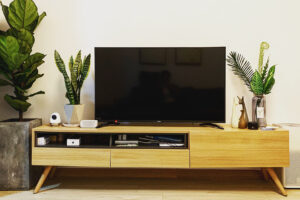 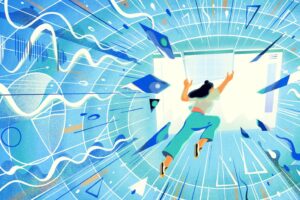 Do You Want Your Company to Rank Better Than Your Competitors?